Bitcoin prices rose from $1,000 in January of 2017 to a record high of $19,850 by December. The price surge led to a huge rise in the popularity of the cryptocurrency market and the ICOs (Initial Coin Offerings). The SEC responded by issuing investor alerts, bulletins and statements on initial coin offerings and cryptocurrency-related investments, including addressing celebrity endorsements of ICOs. Prices continue to fluctuate dramatically into 2018. (source). Read a whitepaper on Bitcoin regulation here.

A massive data breach at Equifax left an estimated 143 million people exposed to risk of identity theft. According to a spokesman for the U.S. Attorney General in Atlanta, federal prosecutors are working with the FBI to conduct a criminal investigation. (source).

Jay Clayton was sworn in as the new head of the U.S. Securities and Exchange Commission (SEC). President Trump nominated Clayton on January 20, 2017. He was confirmed by the U.S. Senate on May 2, 2017. (source).

International firms prepare for changing regulatory requirements. The extension of the Senior Managers and Certification Regime (SMCR) is earmarked for 2018. This past summer, the Financial Conduct Authority (FCA) published their Consultation Paper (CP17/26) on the upcoming legislation. For more details, read our whitepaper on SMCR here.

The General Data Protections Regulation (GDPR) comes into effect in May 2018, and in 2017, companies started to prepare their policies and employees. GDPR will standardize privacy laws in the European Union member states. Watch a MCO Webinar recorded live on preparing for GDPR here.

The EU fined the tech giant a record €2.42 billion back in June, for influencing search data. The decision followed a seven year investigation that found that Google had "abused its dominant position by systematically favoring" its own shopping comparison service over competitor sites. (source).

On the other end of the regulatory spectrum, in the US, the FCC repealed net neutrality. Critics of the move argue that this will now give large internet providers a legal means to abuse their dominant position of power, by blocking or throttling access to competitor sites. (source).

While leadership changed at the SEC’s Enforcement Division in 2017, the numbers issued in the Enforcement Division's Annual Report show a “successful and impactful year.” This year the SEC ordered $3.7 billion in monetary penalties with $1.07 billion distributed in restitutions to harmed investors. (source).

Despite the story initially breaking in 2016, the Fat Leonard scandal continued to flood our news sources throughout last year. 2017 saw the investigation expand to include more than 60 admirals and hundreds of other US Navy officers. So far the DOJ has filed charges against 28 people, this number is expected to grow in 2018. (source).

Deputy Attorney General Rod Rosenstein announced the revised FCPA Corporate Enforcement Policy to be incorporated into the United States Attorneys’ Manual at the 34th International Conference on the FCPA on November 29th. Under the newly announced FCPA enforcement policy, subject to certain “aggravating circumstances,” a company will receive no penalty at all in instances where it self-reports misconduct in an FCPA matter. (source).

Thank you for reading throughout 2017. 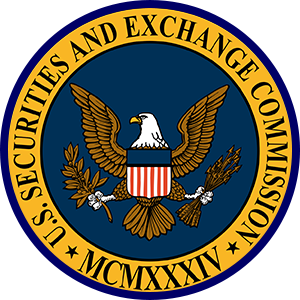