Survey Says Nearly Half of Brokers Aren't Aware of SMCR

According to a new survey by the British Insurance firm Ecclesiastical, nearly half of brokers aren’t even aware of the impending Senior Management and Certification Regime (SMCR), which takes effect on December 9, 2019. This is despite the fact that the SMCR has been extended to all insurance intermediaries and solo-regulated firms.

The survey of 250 brokers found just 56% of brokers knew of the changes, with brokers working for a national brokerage significantly less aware (27%) of the changes than provincial brokers (64%). Just 4% of brokers said they knew everything they needed to do ahead of implementation, compared to a third who said they had no knowledge at all.

On a positive note, once the legislation was explained to brokers, the overwhelming majority agreed senior managers at their firms should be made directly accountable for their actions. Eighty-four percent of brokers responding said so.

Adrian Saunders, commercial director at Ecclesiastical Insurance, said: “Our research shows that unfortunately a large number of brokers aren’t aware of the SMCR and what they need to do to get ready. However, with six weeks to go until implementation there is still time for firms to identify roles, draw up responsibilities and start to provide training on new conduct rules.”

To learn more, consider reading a recent article on the survey in the Actuarial Post.  If you'd like more information about SMCR, watch our on-demand webinar that will discuss 5 key steps towards SMCR compliance. 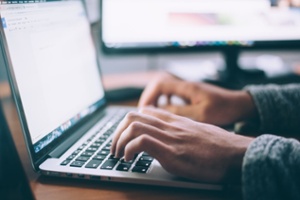